Rings - The Promise They Keep

We symbolize “eternity” as a circular symbol and thus, had the idea of rings developed; something that has no end and no beginning. Rings naturally carry secret stories, whether to add a touch to your look, make a statement, use it as gifts, or even express your own personality. Almost every friendship between two people during their childhood years had once carried a “best” and the other carried “ friend” rings. Men and young boys often gift their lovers rings as a romantic gesture. The promise of eternity obliviously drifts within the creation of this kind of jewelry that wraps itself around our fingers.

Rings consist of three main parts: the shank, or in other words, the hoop in which the finger goes into; the shoulders, and the prong. The shank can come in many ways; a circle, semicircle, a square cross-section, or a flat band. The shoulders enlarge at the top of the circle to support the prong. The prong is the top part of a ring that is designed to hold an ornament. With these components altogether, create a ring that you will be able to display your originality through.

Aqeeq stone rings hold a promise to us. This stone is a rarely found ornamental stone that belongs to the Quartz family. It is the most popular and one of the most valued natural stones in the Middle East. Aqeeq stones are found in many different parts of the world and arrive from Yemen, Germany, India, and Latin America. Its value is determined by its variety of colors that are often white, red, green, brown, black, pink, and gray, and also, the shape of the gemstone. What promise does it hold? Well, It promises the ability to make you healthier and happier

Another name for Aqeeq stones is known as Agate, which is in English. It is also known as Achates, Aqiq, Akik, or عقيق نبات in other different languages. Additionally, Sulemani Aqeeq is another name with historical meanings. People around the world appreciate the rich culture and traditional values that this stone brings along with it.

This stone dates back to before 400 BC, mostly found with Sumerians and the Egyptians. Even the Greeks had a fair share of using this stone for making jewelry and beads. There is also the Mexican Agate, which features a single eye in its center. This stone played an important role in religious ceremonies that different cultures had.

It takes a highly complex procedure to extract this significant stone. Aqeeq or Agate was first found in Sicily, Italy from the river Achates River, that is known today as Dirillo River. Later, experts have found that this stone is also found in the depth of mountains, importantly the volcanic ones. The depth can vary between 8 to 10 meters within the Earth. The efforts to extract preciously the Aqeeq stone from the ground needs extraneous professional efforts by using the hard iron equipment. Then, the beautiful and precious gemstones are used to make aesthetic and expensive jewelry.

Aqeeq stones have many benefits. It enhances your creativity and intellectual senses while eliminating sadness, stress, high tension, and anger. They absorb rays from the sun and pass the energy through your body to rejuvenate it with the strength and courage it needs. Not only does it revives your inner confidence, but also, attracts the eye and gives off a gracious standard to whoever wears it 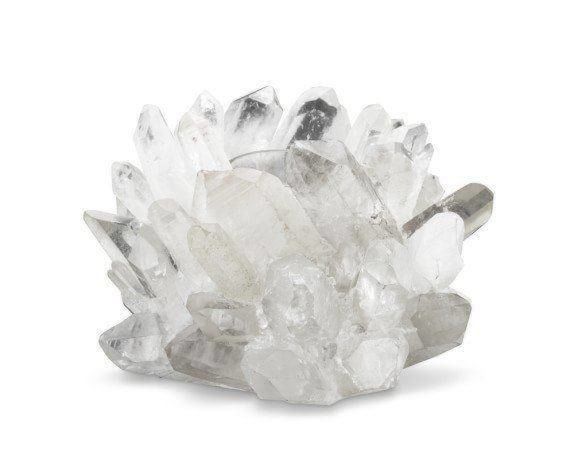 Crystals have their own special way of formation. They can either be found in nature or created by mankind. Humans are capable of creating this jewel by the various ingredients, which includes glass, minerals, metals and other things with unique cutting that makes crystals a unique composition. Although, in nature, crystals often form when liquids cool down over rocks, which are called magma, and begin to harden. Crystals can be found deep within mountains and mostly occur in caves. A well-known cave called "Cave of the Crystals" settles in Naica, Chihuahua, Mexico that embraces and forms the everlasting beauty of crystals. Many experts visit this shining chamber to collect them.

Crystals play a big role in making your outfit stand out. The twinkling shine that cascades off of these stones tend to add a delight and fragile appeal to you. Crystals can be different than other gemstones in ways of its casualty. They can be worn in various occasions that are not necessarily formal, which makes them fun and enjoyable to wear.

Pearls are unique, because unlike other gemstones, they are not found deep within the ground and mountains, but in the sea. They don’t require any special polishing process to bring out their classy beauty; which is valued since the ancient times until today. This ensures us that Pearls will always remain in style!

Pearls have crossed nations and cultures for centuries. They were firstly appreciated and valued in Ancient Greece. The rule during the Byzantine Empire was that only the emperor was allowed to wear pearls. Other ancient societies were also determining who could and could not wear pearls. One of Marilyn Monroe’s most treasured pieces of jewelry was a sixteen-inch necklace made of pearls given to her as a gift during the honeymoon in Japan.

Jewelry that consists of pearls gives an impression of classiness and prosperity.  Unlike the famous quote, “simplicity is key,” in this case, would be pearls!

Amir Oud represents its own glamours collection of antique rings that consists of Aqeeq stones and crystals.

Click here to visit how you can find the size of your ring!