What is Oud and What Makes it Special?

The Intense Aroma of Oud

As one of the most popular fragrances in the middle east, Oud has been growing in popularity all across the world. Known for its intense, musky scent, it has been spreading across the world. Though the scent commands a long, vast history of use across thousands of years and most continents, many do not know much about it, or what it is that makes the scent so valuable to people in the first place.

Well, why oud is such a boutique and sought-after scent is one that is both steeped in its history, and in its biology. Today we’re going to look a little bit at both and talk about what makes oud such a royal fragrance.

The Origins of Oud

Despite its profound popularity in the middle east, oud actually has its origins in India and Asia. From as far back as the third century A.D. the resinous material has been listed as a scent ingredient as a part of incense extracted from trees in Vietnam. As centuries went on, traders began to export it to China, Japan, and into the Islamic oil where it was prized as an oil and personal perfume.

As time went on, the material, and its source, agarwood, became a deep part of middle eastern culture, with the quality of the smells being seen as a mark of status. As its use and demand continues to grow, so too do prices, as the natural form of oud and its agarwood source are hard to come by.

Through this, alternatives have arisen to recreate the scent and make its unique blend of smells available, though connoisseurs will pay top dollar for the real thing.

A Scent Unlike Any Other

One of the major reasons for its popularity is that the scent of oud is one unlike any other. Though it varies from its precise point of origin as well as its age, it is noted for being pungent, containing a musky, animalic quality that has made its way into many perfumeries. Its popularity is owed to that strong scent that, while not to everyone’s taste, provides an instant and recognizable aroma that continues to draw attention.

However, for those that find it to be too intense, the scent can often be cut with other perfume staples. While this is something that connoisseurs of the fragrance find this to be something of an affront to oud, for many others, it offers an entry point into the scent that is easier to acclimate to and is often lighter on the wallet.

What Makes it so Sought After?

Oud is becoming more and more sought after all over the world, and as a result it has become quite possibly the most expensive oil per ounce on the planet, with a pound of oud going for as much as $5,000. 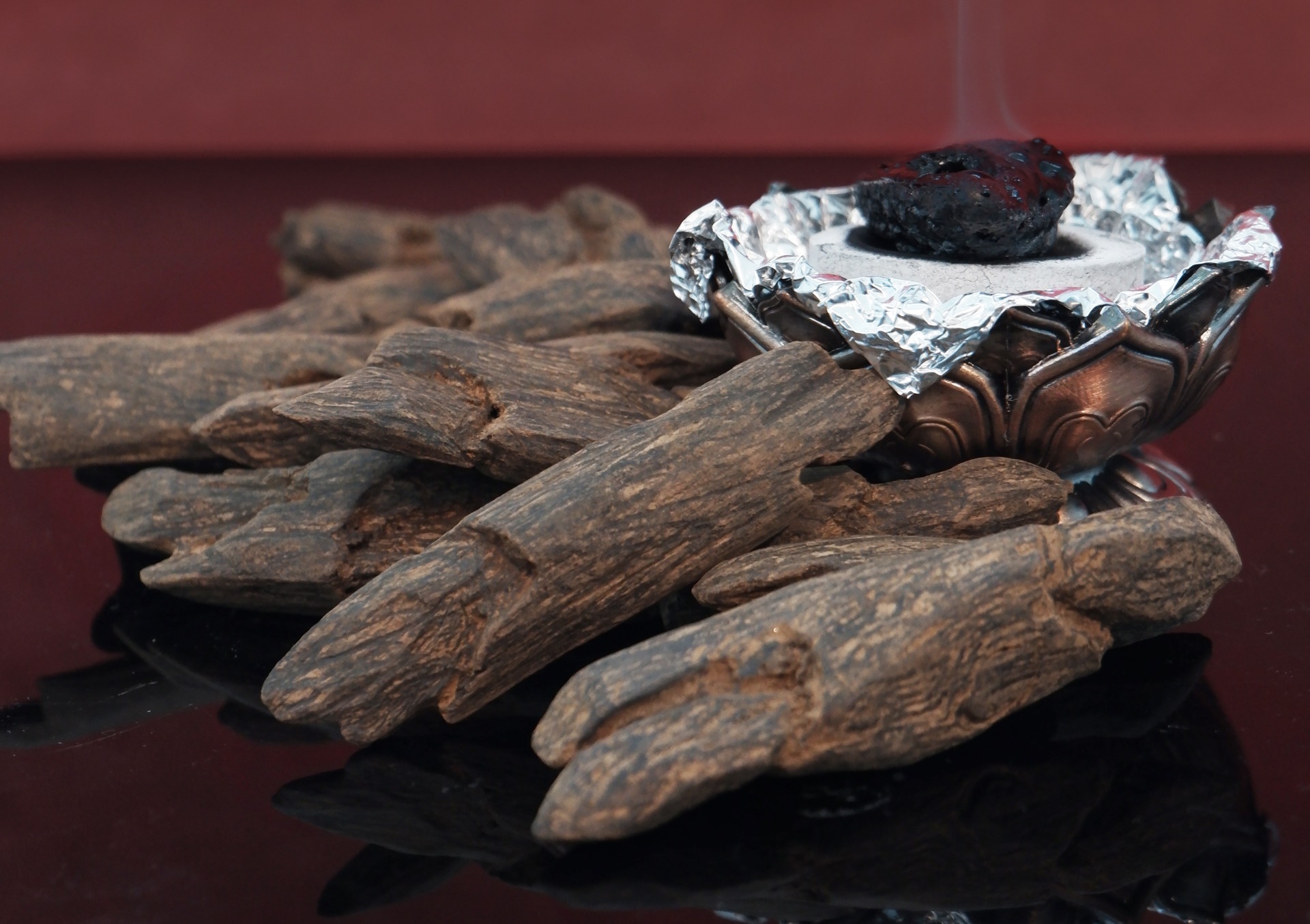 ed and harvested. Coming from Agar trees infected by a parasitic mold known as Phialophora parasitica, the tree will respond by creating a dark, fragrant resin and entrapping the parasite within. Once this resin hardens, this creates oud, which can then be harvested.

If this process sounds very specific, that is because it is. As Agar trees only grow in certain parts of the world, and the specific setup to make oud having to be realized by the infection by that specific mold, a total of 2% of these trees produce it globally. The Agar trees can sustain this process for decades, which makes the older trees especially sought after, as the older the oud, the more complex and fragrant it is.

Due to its rarity, and its extreme value, oud has become highly sought after. In some areas, this has led to poaching of the material, necessitating its protection.

In others, alternatives to harvesting these older and naturally occurring trees is being explored. By wounding the trees and provoking tylosis, the process by which oud is made. In doing so, a harvest of agarwood can be created, though it may lack the intensity and complexity of older trees that are naturally infected.

However, with the rarity of the trees, and their dwindling existence across the globe, these oud plantations may become the only affordable option for those looking to acquire the scent that don’t wish to use artificial recreations of it. 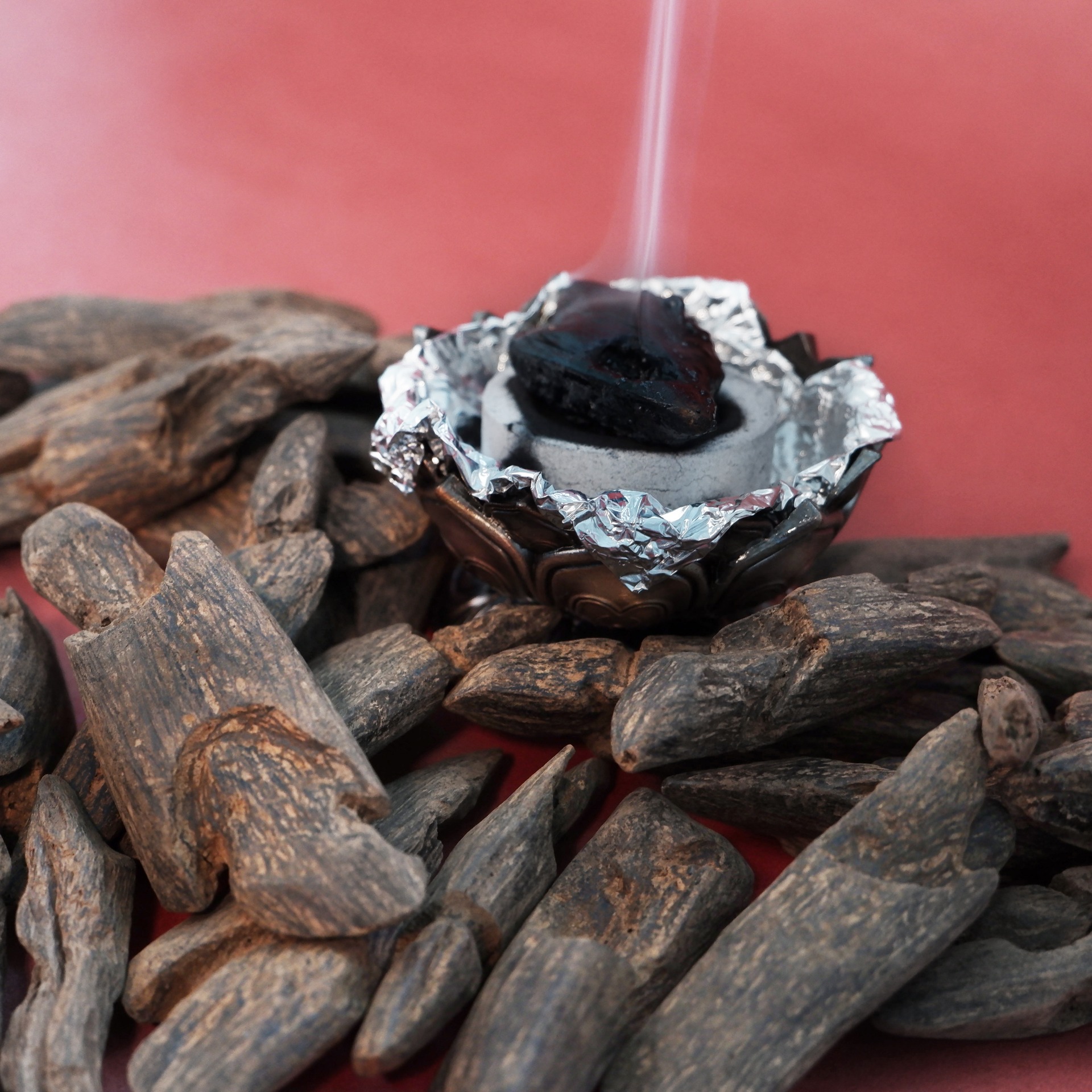 As the popularity of oud continues to increase, the demand for agarwood will as well. Many who deal in selling oud fragrances and other oud products are devising new ways to sustain their market.

Many who deal in the harvesting and the sale of the agarwood have taken measures to preserve and protect the forests where these trees grow. In doing so they can be sure to create a sustainable harvest regimen and make it so that the Agar tress are not over harvested. There are some that have concerns over the longevity of these processes as the demand continues to increase, but for now, it provides a valuable means to prevent the total loss of naturally occurring oud altogether.

Whether it is as a body scent, or as incense, it does not seem the demand for this fragrant wood will cease anytime soon. The world of oud is an exciting one, with a rich layered story woven into both history and middle-eastern cultures alike, and no matter its use, it is sure to leave a lasting impact on any who experience it.